The News in Brief

I'm studying for final exams.  That means I'm sort of in a constant state of hyperstress, because if I don't make at least a B grade on my exams, then my company won't pay for my courses, and right now, I don't have $4000 to spare per course!  It also makes me tend to forget things that I'm supposed to do, or make me do things late, or even make me a bit cranky.  I have two exams - one on the 8th and one on the 14th.  Then I'm finished until January 17.  Let me tell you, I NEED the break!

In the meantime, here's the other news from my world:

Cindey-Lou and Slim
This past week I was able to provide a home for 2 chickens.  I was put in touch with a lovely family who are quite local to me, who had a problem with a rooster who had begun to crow.  They live in the city and can't have chickens, but nobody seemed to mind because they were quiet.  These chickens had been unwanted and therefore rescued by Anne and her family, who had provided them with a wonderful coop and a lovely yard to roam in. Until last week, all was well, but then "Cindey-Lou" began to crow.  Cindey-Lou (yes, that is how you spell it!) is a broiler rooster and he's very, very large and heavy.  At present, he's at least 25 lbs, perhaps closer to 30.

I offered to give a home to the pair of birds on my farm and Anne was more than happy to find someone who would care for them.  I went to Anne's home to pick them up and we had a great chat about chickens and their antics.  We put Cindey-Lou and Slim in carriers and I brought them home.  They have both settled in very well.

Now, it's not often that I get on a soapbox, but I'm going to go on a bit of a rant here.  I am thoroughly disgusted with the poultry industry for the horrors inflicted upon chickens.  They are kept in tiny little cages, they don't have room to flap their wings, they are fed minimal amounts required for egg or meat production, and they are bored out of their minds so they pick out their own (or their neighbor's) feathers.  Cindey-Lou is a product of that industry.  Broilers have been bred for years to emphasize ridiculously fast growth and heavy muscling in order to feed the giant machine that is the corporate poultry industry.  Cindey-Lou wheezes constantly, because the pressure on his lungs from his tremendous weight is too much.  He has trouble walking due to his ridiculous size.  He would be completely unable to mate with a hen.  He gets tired quickly and rests a lot.  This is NOT a normal chicken.  This poor bird is a testament to the greedy hands of industry.  Their aims of efficient production in minimal time created this chicken that is hardly recognizable next to his "ancestors."  Their complete lack of concern for the health or wellbeing of the animals raised for the food industry is evident in this monstrosity.  In my opinion, it's wrong, and it's time to put a stop to it.  Don't get me wrong - I eat chicken!  I enjoy chicken!  But I want my chickens to be normally sized birds who lived a normal life where they could roam about, scratch at the earth, eat some worms, stretch their wings, lay down in the sun, and chase bugs in the grass.  Next time you buy chicken, consider buying from a local farm who free ranges their birds.  It will cost more, but if you ask me, birds like Cindey-Lou tell the story on why we should be willing to pay more for our food.

(getting down off soapbox now)

Orange Bottomed Girls
The mighty Cragganmore, our beautiful blue-faced Leicester (BFL) (pronounced Less-ter, not Lye-chester or Lye-sess-ter or Lee-sess-ter, please) has been fitted with his breeding harness.  His marking crayon is orange.  So far, he's been whispering sweet sheep nothings in the ears of Poppy, Oreo and Paisley.

Poppy is a Suffolk-Dorset-Rambouillet cross sheep with a lovely crimpy fleece.  She had a single white lamb last year with our Icelandic ram, Blizzard.  This year, she'll hopefully have a coloured lamb with Cragganmore.

Oreo is a full registered Icelandic, but this year we decided to breed her to Cragganmore to produce what are called "mule sheep" (BFL sire, other breed for the ewe).  They will be Icelandic mule sheep.

Paisley is a full registered BFL ewe who should carry coloured genetics, so we may see a coloured lamb from her.

The BFL sheep that we acquired have all been doing well and they are happily enjoying the company of our sheep, our donkeys, our llamas, and Pebbles the pygmy goat.

Shelter from the Storm
Kelly had help yesterday from the very kind husband of a friend of mine from school.  While she and I were studying, Kelly and Mike built a sheep shelter and some new feeders.  It was a tremendous help and we are so appreciative of his time and effort!  Check out the new shelter for the lambs!  The girls in the pasture with this shelter are our lambs who are too young for breeding - Marshmallow, her sister Lollipop, Cirrus the angora goat, and Penguin and Pennyroyal, the Jacob ewe lambs.

They also made some hay-cornstalk feeders against the fence, to prevent waste of hay.

love your fat cockerel
I have a buff orphington cockerel called scott who is quite similar!!!

Good luck on the tests. Poor chicken, I feel bad for him.

Phew! Bless you for taking time out to shelter yet two MORE needy animals. And that picture of Cindey-Lou sure is an eye-opener. I mean, I had already read all that information, but actually seeing the ridiculous proportions of that bird...time for some breast reduction surgery, eh?

I agree about the chickens, hard to think about one of my precious birds having to "live" in that sort of environment.

A great big heartfelt thank you to Claire and Kelly for taking in our big boy and little girl. They were left off at my workplace and were homeless last spring. Yes, Cindey Lou was once a small, cute chick. It is so sad what we have done to save money to produce our food. At least now he is a proud and happy rooster with new room and surroundings in which to crow. His life will be short but it has been such a blessing to us to watch him. Slim had grown up with Cindey Lou and it is great they can be together in such a loving home! Mother Earth is happy today!
Anne

I think Slim has lovely colours and Oreo has an unusual name. Was he named after the biscut Oreo, browny with choc chip dark brown

Oh, good luck on your exams!!!! After they're done, take a good long nap!!

Your rant was so badly needed, I wish the world could see what a travesty the industrial food industry is in this country! Poor bird! Lucky bird, he found you.

Kisses, kisses from Isobelle... I'd love to hear more about that handsome goat in that photo! Such handsome new chickens!

Oh yes, I am in agreement completely concerning all mass production of animals for consumption, such horrible conditions. We only buy local meat from free range (which can also be misleading) and humane farms. You absolutely can tell the difference and is healthier for us as well as the animals.
Your shelters looks great. I have lost count of all your gorgeous farm friends, what industrious and lovely folk you are.
Best of luck on the exams!

Have you ever gone a month without bringing a new critter home to the farm? Blessings on you! Puppy mills, mass production of chickens, they're all crimes. Maybe somewhere your "rant" will take hold and make a difference.

Once I tried to keep a broiler hen around and see what I could hatch from her eggs. She didn't live long - maybe 7 or 8 months. I found her dead next to the feeder one morning. We did a necropsy and found that she had water belly which greatly contributed to her weight. I'll bet Cindey Lou might have that same condition if he's wheezing, etc. I know this won't be a popular opinion here, but if I were you, I'd say a prayer of thanks for what he has given you and enjoy a delicious roast chicken dinner before it's too late.

Well, Cindey Lou will never be eaten here. I know some will find that strange, but we do not generally eat our birds. The occasional overly aggressive rooster perhaps, but not generally. Cindey Lou will live out his days and when it is his time, he will be cremated or buried, depending on the time of year, as is our custom. He is the loudest crower on the farm now, and also makes funny hiccup noises from time to time. We love him. 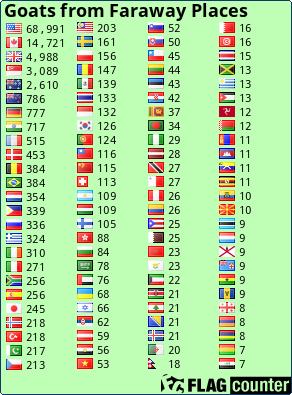