Today I happened to be looking out the window and caught sight of a dark-eyed junco with some unusual characteristics.  They are common birds for my area, so I'm used to seeing them, but this one was different. 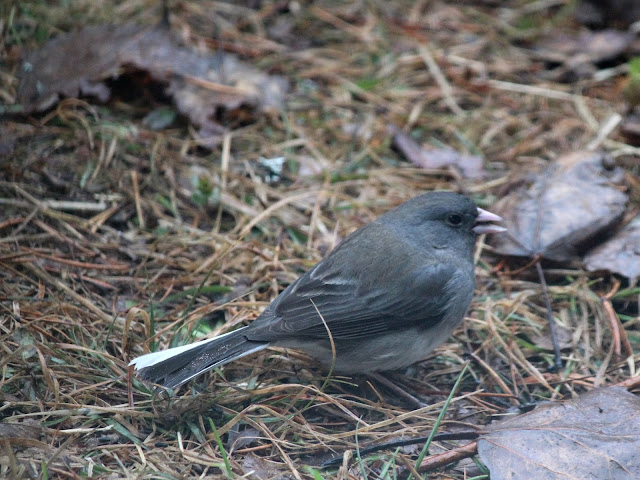 Here's the one I saw today.  Notice that it has a crescent-shaped white marking on its chest.  This is not at all a normal feature. 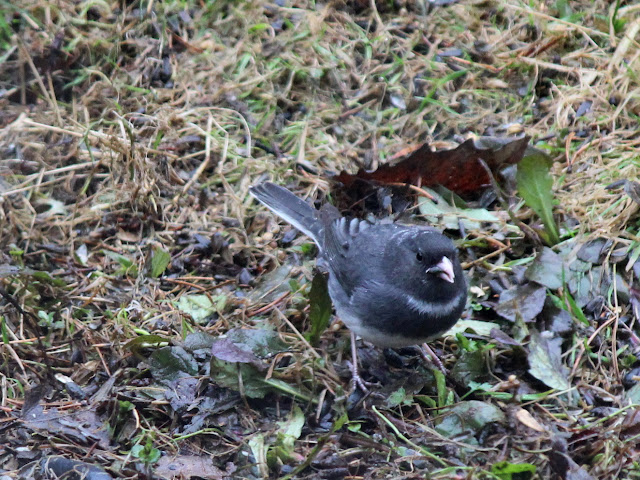 In addition, it had several white bars across the back of its head, as shown in the following pictures. 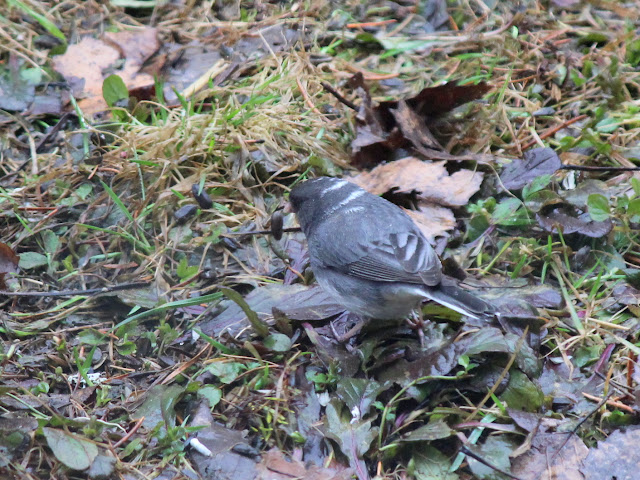 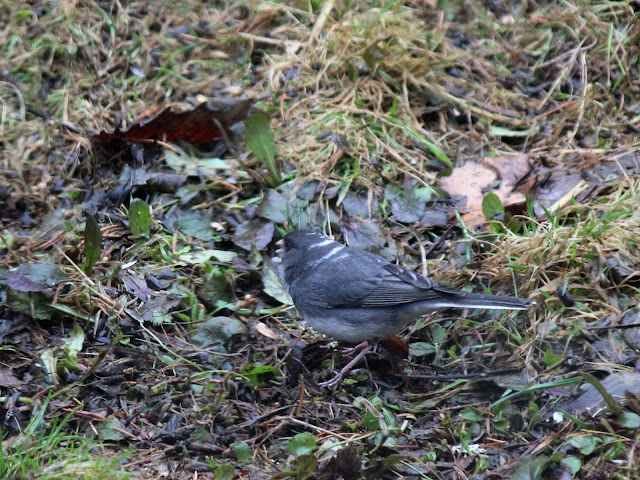 Those white patches are definitely not a standard feature on the dark-eyed junco. 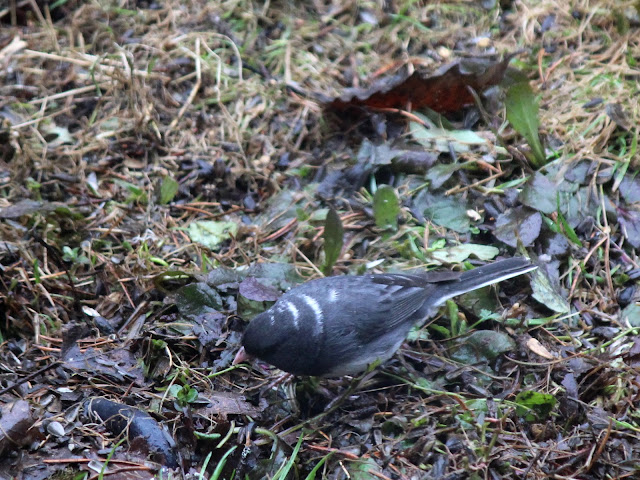 These unusual markings led me to the conclusion that this junco has a touch of leucism.  Unlike albinism, which is a complete loss of pigmentation, leucism is a partial loss of pigmentation.  It can occur in skin or hair, as well as feathers.  It can also be widespread across the animal's body, or just in small patches, as is the case with this junco.

I'm hoping that the junco will return to my yard on a nicer day.  The photos I took were in the rain, through my home office window, so they are not nearly as clear as I would like.  Unfortunately, we have rain in the forecast every day for the next week or two.  Spring showers...although it's a bit much for my taste.  I've already seen 2 mosquitoes and the snow isn't even fully melted!
Posted by Claire MW at 9:09 PM 4 comments: