It's definitely midwinter here.  We have a fair bit of snow, although not as much as I might expect for this time of year.  Still, it's more than enough!  Sometimes winter gets me down, but I'm trying to avoid that.  Today I went for a walk in the sunshine in the woods around my house.  I took some pictures of lichen and moss - things that are still growing despite the cold.  I don't know much about lichen really, but there are many different types.  The interesting thing about lichen is that it isn't a single organism, like a plant or a mushroom.  It's a combination of both algae (or cyanobacteria) and fungi, in a symbiotic relationship.  So, here are my lichens from today, along with a cameo appearance by a moss.

Since I don't know much about lichen, I can't give you a species on these.  I've posted them to iNaturalist in the hope that I might get some answers, but for now, I'm just enjoying their different forms and colours. 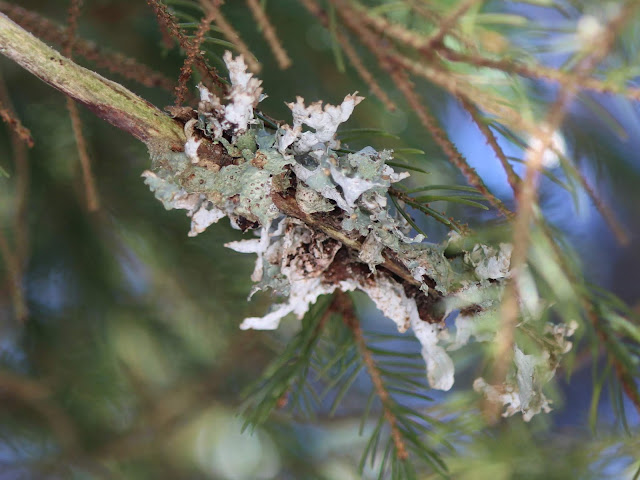 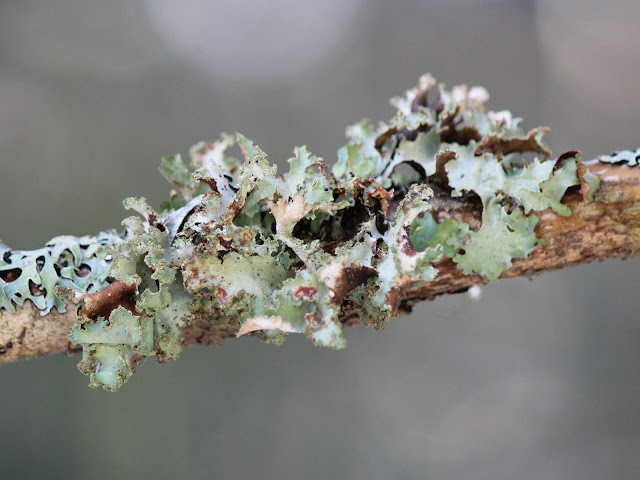 I'm not entirely sure, but I think the small brown circles might be another lichen species growing on top of the greyish-green one. 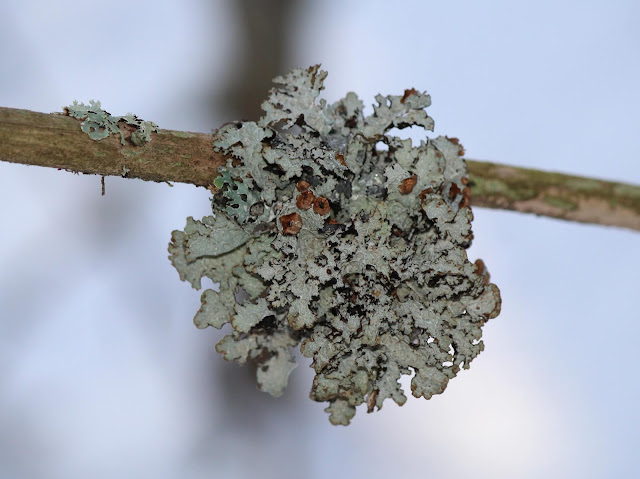 I think this one might be called varied rag lichen, Platismatia glauca, but I'm not sure. 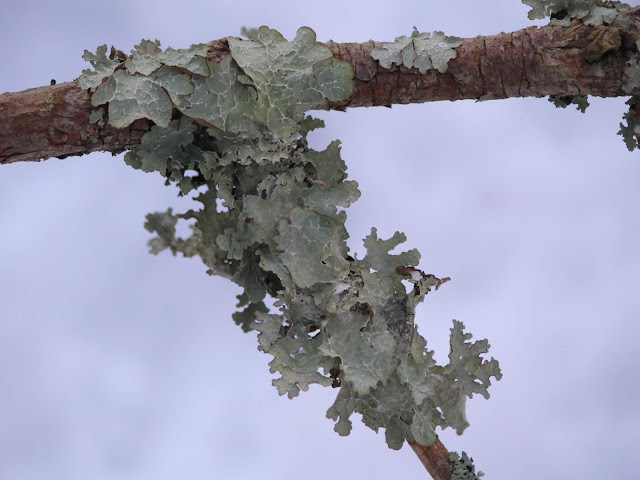 I'm pretty sure the following two pictures are of old man's beard, or Usnia longissima, but there are some other Usnia species that are similar.. 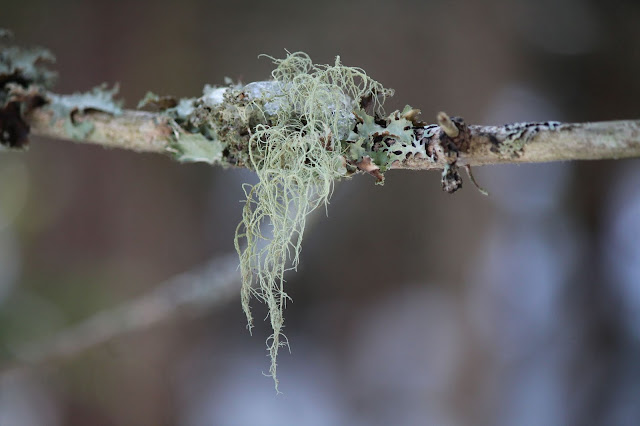 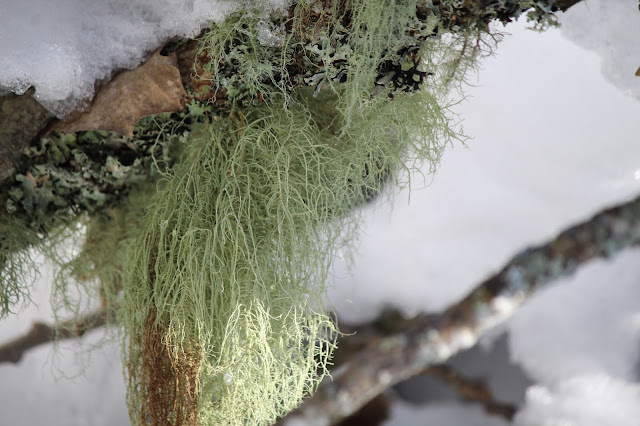 Whoops, who let that chicken in here?  Hello Smidgen! 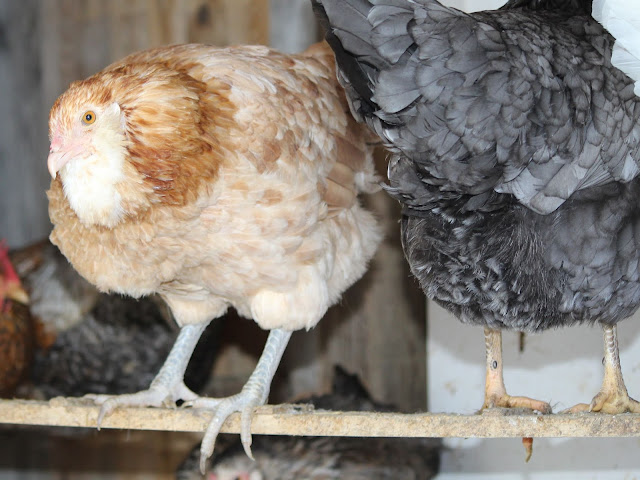 I thought this was really beautiful - it's a small moss cushion that has lichen weaving through it.  An interesting specimen. 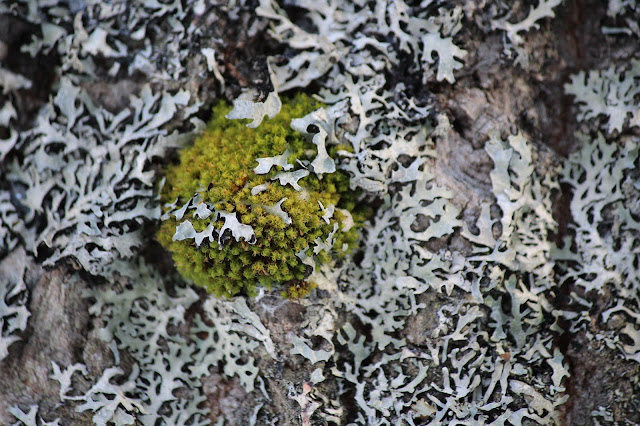 This seems to be the most common type of lichen in my woods, and I believe it is in the shield lichen class, but again, I'm no expert! 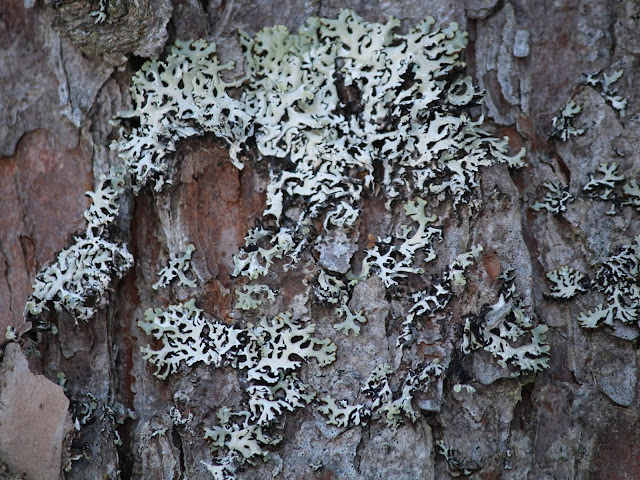 I just think they're beautiful, often overlooked life forms that are perhaps more visible in winter due to the lack of foliage and the abundance of snow.  One must look harder for signs of life! 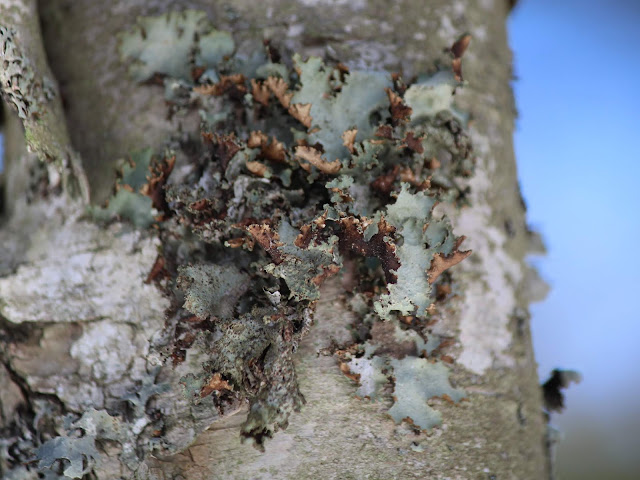 Often there are multiple lichens on a single tree. 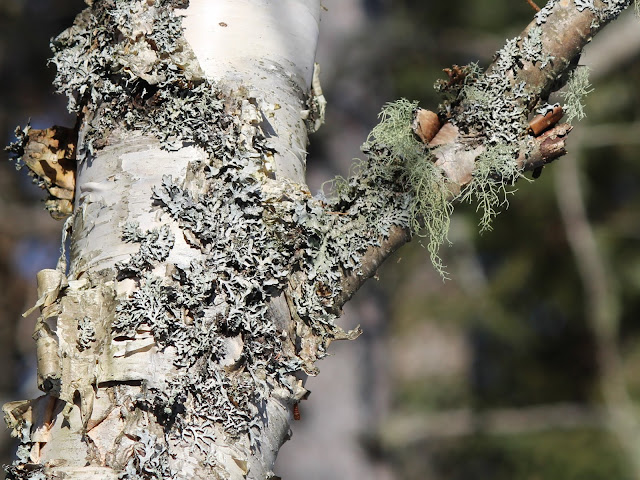 It was a lovely day (for a short time) to be outside and wandering amongst the trees, but it soon clouded over and became grey and cold again.  I'm glad I went out for a short walk. 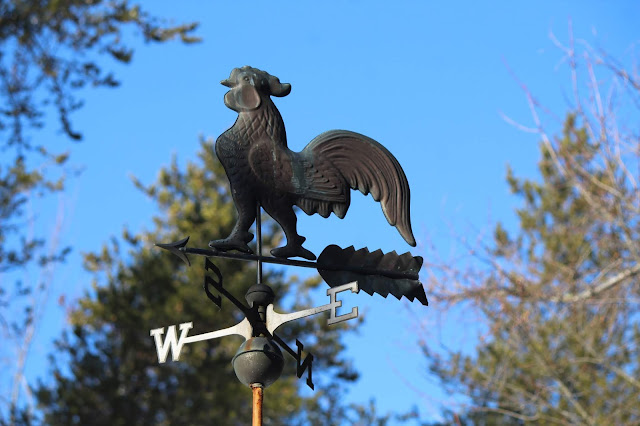