I decided to use some of the blueberries I picked from our woodland area in a recipe.  I had thought I would make blueberry pancakes, but I decided I should try something new.  I found a recipe for a blueberry zucchini snack cake with lemon frosting, which sounded rather delicious to me!  The recipe I used is featured here on "The View from Great Island."   It is a blog I hadn't visited before but the cake post came up in my Facebook feed and I thought it was worth a try.  She has posted a recipe for a completely sinful dulce de leche ice cream that I might try another time, but that's beside the point for today!

I made a few tweaks to the recipe, and here they are:
1.  I used 3/4 cup of vegetable oil, instead of 1 cup.
2.  I used 2 cups of sugar instead of 2 1/4 cups.
3.  I added two 90 gram pouches of "Happy Squeeze" Twist organic fruit and veggie puree, in the apple, mango and kale flavour.  This made up for the reduction in oil and sugar.  I sometimes use the Twist mixed in with my plain yogurt.  I get it from Costco.
4.  Instead of using 2 cups of blueberries, I only had about 1 1/2 cups of blueberries, so I used those and added about a half a cup of frozen cranberries.

I love my stand mixer!  I have had one for years and wouldn't be without it. 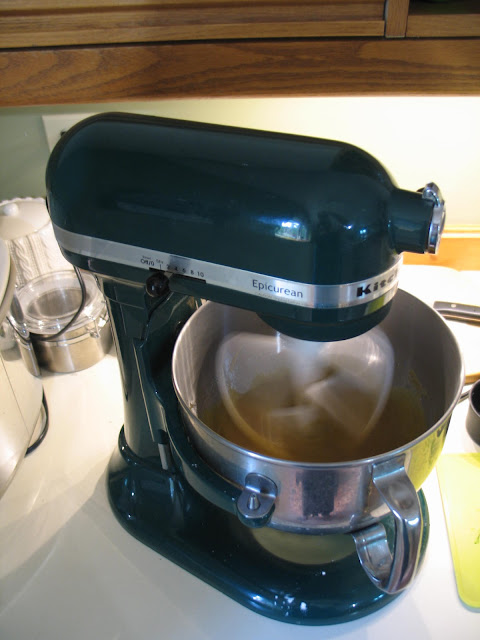 The final batter went into the 9 x 13 glass pan.  The original blog post said to use a metal pan, but I haven't got one in 9 x 13 size, and I'm happy with the way things cook in my glass pan, so I went ahead with it. 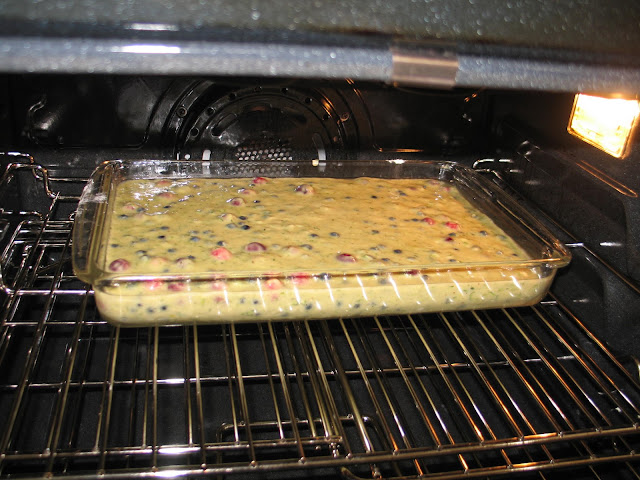 It came out of the oven about 50 minutes later looking scrumptious. 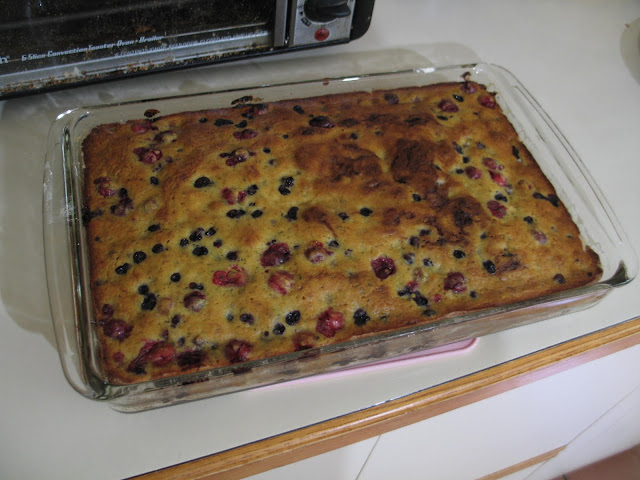 It was worth the wait!  Marc really likes it too! 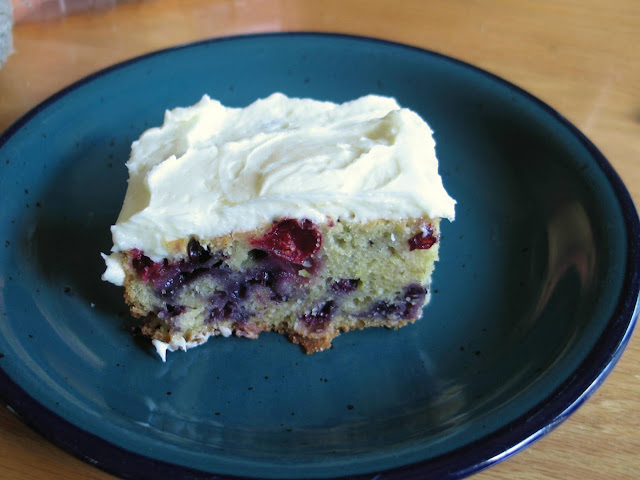 I would definitely recommend this cake.  The frosting is super too.  It's very moist and flavourful.  I really love the addition of cranberries, but it would be good with just blueberries too.  Another time I might try adding lemon zest to it.  If you have some extra blueberries, give it a try!

How gorgeous your cake turned out --- the cranberries are such an interesting addition. I actually still have a couple of bags left in the freezer from last year so I might just try this for myself :)