I'm rather late to Friday's Hunt this week.  It has been a busy week as usual.  I really look forward to someday saying "It's been a leisurely week."  Our prompts from Eden Hills are:  Starts with U, Mosaic, and "I ate that."

Starts with U
When I was at the Knit East event in October, I took a picture of this unusual side-car motorcycle that I saw parked on the street.  It is a Ural brand motorcycle.  I took the picture because Marc is a motorcycle enthusiast and I thought he would be interested to see it. 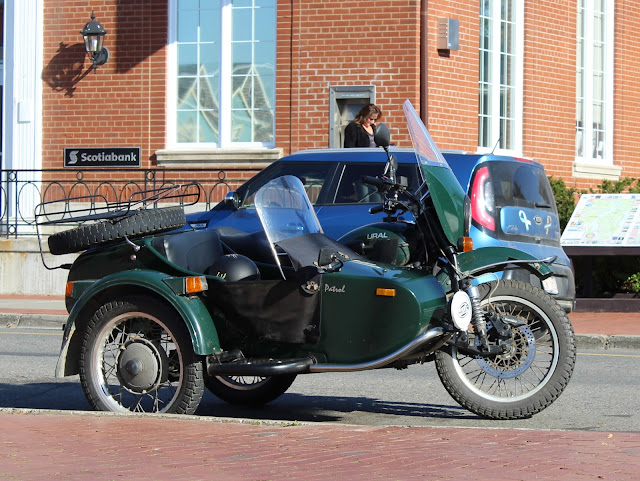 The Ural factory is in Russia and they have a long history of making rugged, heavy-duty side-car motorcycles.  You don't see them very often here, but there are a few around.  If you want to learn more about the Ural motorcycle company (whose original bikes were based on reverse-engineered BMW bikes clandestinely obtained in the early part of World War II), you can read about them here:  https://en.wikipedia.org/wiki/IMZ-Ural  They still produce motorcycles today. 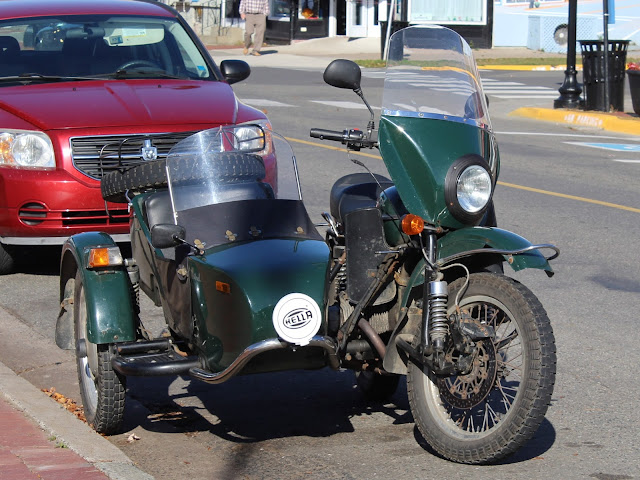 Mosaic
I really like mosaic art.  In fact, over time, I have purchased 5 books about making different types of mosaics - garden mosaics, mixed media, and others as you can see in the picture of my books, below.  I have a stash of glass for mosaic making, and the tools to cut the glass pieces.  I have adhesive and grout for mosaic-making as well.  I am all set!  I have been all set for about 10 years now, and I have yet to use any of my supplies.  Sigh.  I really need to make more time for things other than work! 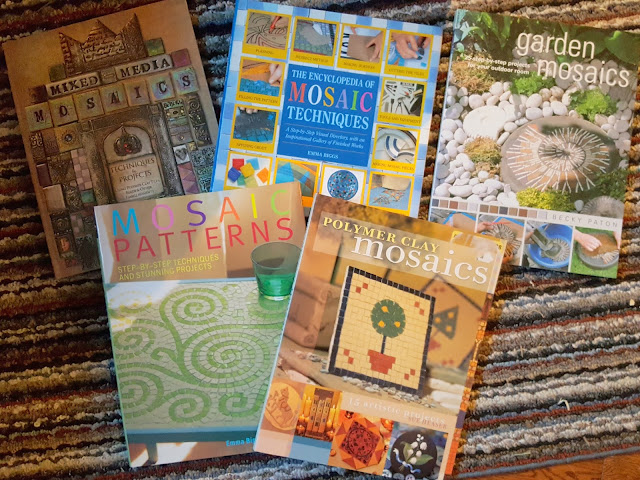 I ate that
Yesterday evening we went to my in-laws for supper and a celebration of the 100th birthday of their piano.  The piano was purchased in 1917 and passed down in the family.  It is a Heintzman piano, which was a renowned Canadian piano maker based in Toronto, Ontario.  Heintzman began making pianos in 1866 and continued until 1981, when the company was sold.  As my contribution to the festivities, I made a cake to share.  I ate a piece of it (not all of it!).  The frosting was done fairly hurriedly so my hand wasn't very steady, but it's the thought that counts! 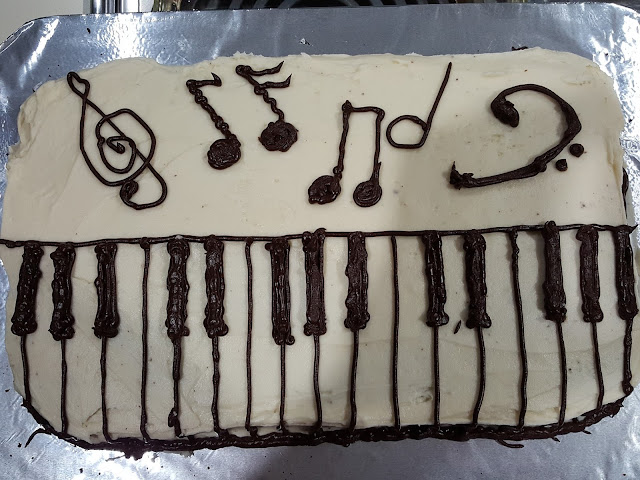 Sounds like the piano really rated yesterday. That is a pretty cake you made for its birthday. I also like the side car. I would be afraid to ride in one, it seems vulnerable to car sideswipes.
Your mosaics sound like my ham radio efforts. I have been a ham for over 57 years but have not been on the air any at for about 10 years. I have some older equipment and read about it even subscribing to a magazine. "One of these days."
..

...what a great old school ride, a great collection of 'mosaics', a musical cake, how cool.