Here I am doing Friday's Hunt on a Saturday.  I have a good excuse this time.  I have been away all week and only returned late yesterday from Ottawa, Ontario.  I had about a 9-hour drive yesterday, most of which was made in the pouring rain - that kind of rain that is so heavy that your car's windshield wipers simply can't keep up, even when they're on the crazy fast setting.  There were numerous accidents along the way, mostly from hydroplaning.  When I stopped for gas, I was warned at both gas stations that there had been reports of hydroplaning accidents in the direction I was headed.  It was an unpleasant drive, and when one must be extra-vigilant about one's speed and also other vehicles, it is particularly draining.

Added to that, I am really quite ill.  I have been harbouring some kind of respiratory-virus-of-doom all week, which has resulted in incessant coughing, sneezing, and the usual unpleasant cotton-wool-filled-head syndrome that goes with such symptoms.  In addition, I have been gradually losing my voice, until today, when it entirely gave up and now all I can do is whisper, or croak in a really harsh way.  Nevertheless, I have a boatload of work to get done, so I worked most of today.

All this is to say, I'm not quite up to my usual standards.  But at least I'm here!

The prompts from Eden Hills for this week are:  Starts with U, Week's Favourite, and Kids

Starts with U
U is for unexpected.  When I got to my Ottawa hotel room, I noticed a pretty artwork on the wall.  It was about 12 inches square. 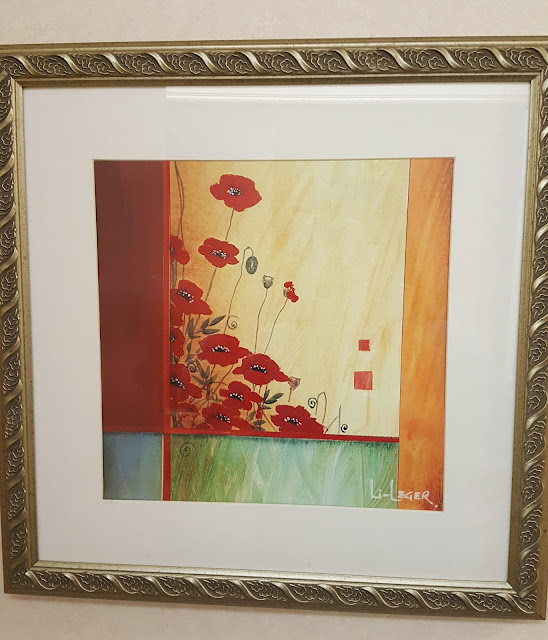 I thought it looked similar to the artwork on my living room wall, which is about 2.5 or 3 feet square. The colours in this shot aren't very good - I had to take it in the evening light with my phone - but you get the idea. 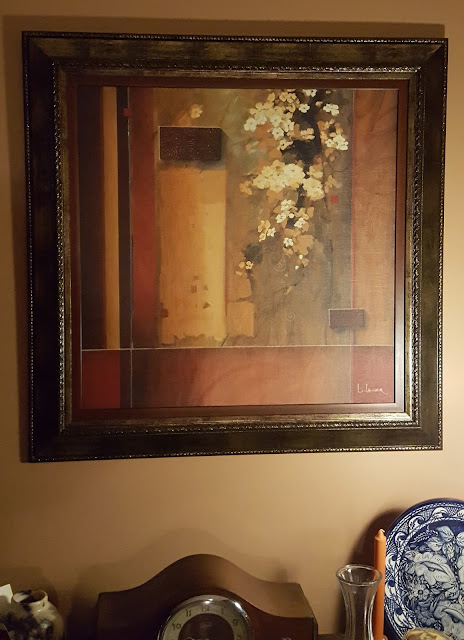 Sure enough, upon close inspection, I saw that the artist is the same.  It was nice to have an unexpected connection to home in my hotel room while I was away. 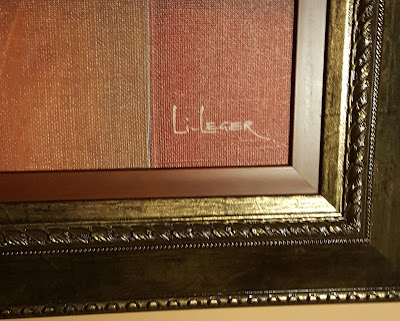 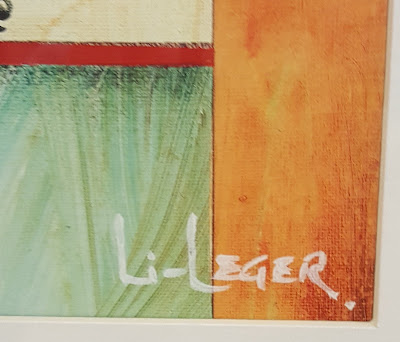 Week's Favourite
Due to being on the road this week, and working some crazy hours, I really didn't take many photos. I did visit two on-farm fromageries (cheese-making facilities) in Quebec on my drive home.  They make small batches of artisanal cheese that are extremely good, and I sure wish I had a fromagerie close to where I live!  In one of the very brief periods of respite from the rain, I took this picture of the sheep at Fromagerie Le Mouton Blanc.  It was lovely to see the sheep grazing outside, and today I tasted some of the cheese made with their rich milk.  Absolutely heavenly! 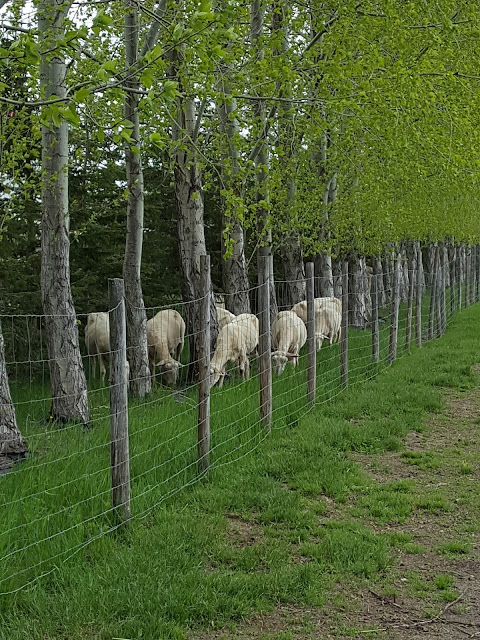 Kids
This is probably the hardest prompt I've had from Eden Hills.  Quite a few years ago, I had a big flock of sheep and goats and I would have had cute kid pictures, but not any more.  I have no human kids, and I don't spend time around human kids either, since I am not very fond of them.  Thus, I don't take pictures of them!  We'll just have to make do with this old picture from April 10, 2010.  This is me with two of the kids from my former Iowa farm. 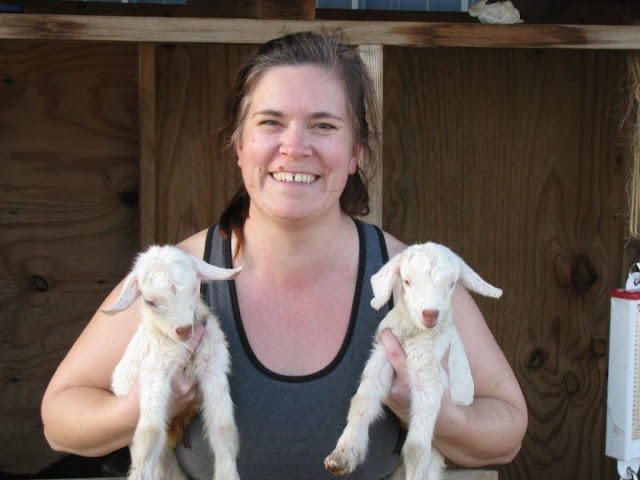 I sure do miss having a farm with enough land to have goat kids.  On the other hand, the difficult thing about having goat kids is that you either have to keep them all, or find good homes for them, and that was a very difficult thing to do.  I felt increasingly uncomfortable with breeding my animals when I had them, and I think if I still had breeding animals, I probably wouldn't keep breeding them. I just can't handle taking them to the auction to be sold for meat, and unless I know the home that they are going to really well, I'm not happy with selling them.  It's a predicament that I don't want to face again.
Posted by Claire MW at 9:59 PM

Claire, those are the cutest "kids" Teresa will find from us. I don't blame you for not wanting to sell any goats that you might raise. My sister lives in Center Point in town, just north of Cedar Rapids.. Before moving there she lived in Fontanelle, southwest of DesMoines. We both were born on Dad's farm in the hills outside Herman, Nebraska, about 40 miles north of Omaha. That was a good fortune unexpected event. It is nice to know a little about who your artisan is.
I hope you will feel better in the morning.
..

Hope you are feeling better soon and so glad you made it home safe, hate driving in rain like that! I remember driving through a city I did not know well on a bypass with no where to get off in a downpour that had me pushing water with my bumper and I could hardly see where I was driving, the scary thing was I had my daughter and three small grandchildren with me, was never so glad to see the exit to a rest stop. Love the picture of your kids! I also had a large herd of goats at one time, loved my goats.

Oh I hate driving in rain like that, especially if it hits when we're on the freeway or driving through Houston. That is crazy scary!

I've never her of a fromagerie. That sounds like an interesting place to visit.

Thanks for visiting McClendon Villa and commenting on my post. Have a blessed day. :)

...Claire, I'm glad that you are here, work on getting healthy. "U"nexpected is a good thing in life! I'm glad to have two legged kinds.

I like your favorite picture ! It's mine too ! I don't have kids around me either and had to look for an old one!

The pictures are lovely. Nice to have something to remind you of home while you are gone. I'm glad you made it safely home and got to try the cheeses too! I really understand the difficulties of breeding animals. It's not easy. I am happy to say that Gidget and Xerxe's little girl left the farm today (with Robin) to live with a family who just lost their last goat at the age of 18. I'm thrilled she gets to be a pet. Thanks so much for joining Friday's Hunt. Hope you have a great week!