What is Needle Felting?

Joanna asked me to do a blog post about needle felting, which I am delighted to do. I bought a couple of kits from a couple of Etsy shops and also bought a book. The technique is quite simple. I started with the owl, which was a kit, and then moved on to the rabbit and sheep, based on designs I saw in the book. Today, as my "demo" item, I did a hedgehog from a kit that is from Wool Pets on Etsy.

First, felting is normally done using water (like when you wash a wool sweater by mistake in hot water and it comes out teddy-bear sized...) but this is done using a barbed needle that makes the fibers of the wool lock together in a similar way. You can probably just see the tiny barbs on the end of the needle -about the last 3/4 inch is barbed on all 3 sides. It is a triangular needle. 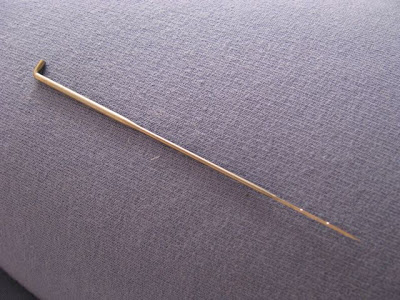 Here, I began with a strip of wool "roving" that is cleaned and carded wool. You can see it is very loose fiber. 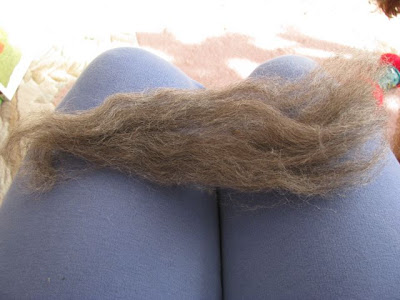 I rolled the wool into a bit of a sausage shape. 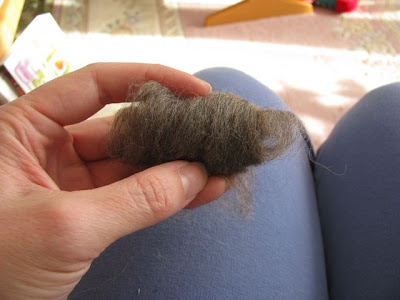 Then, I began to poke at it with the needle. You do so using a foam block, so as not to puncture yourself, which I have done a couple of times in any case, but not seriously. You start with deep punches and then progress toward the outside with shallower punches. 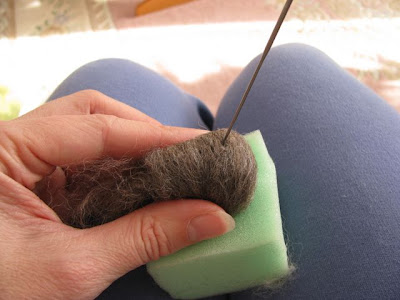 The wool "sausage" becomes more and more compact and dense. Eventually, it forms a fairly firm little lump. That is the hedgehog body. 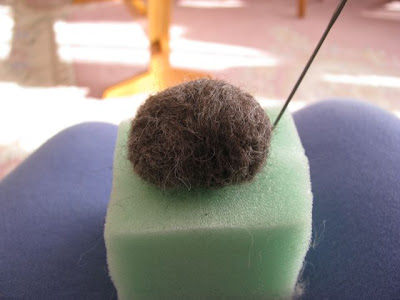 Next, I started with a new smaller piece of roving, for the head. 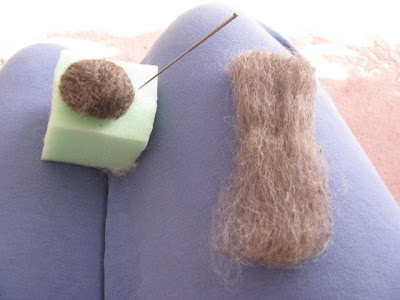 Once the head was formed, I used the needle to poke it against the body, which meshes the fibers and makes it "attach" to the body quite firmly. 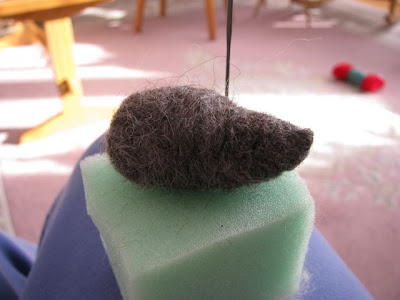 Then, to make the hedgehog's "prickles" there was a different kind of wool in the kit that was very curly and crimped. I separated small parts of the wool for use on the hedgehog's back. 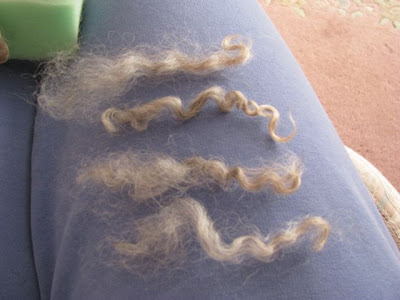 Each lock of curly wool was gently needled into its back, so that parts were locked into the body, but some parts were still sticking up and being loopy or curly. 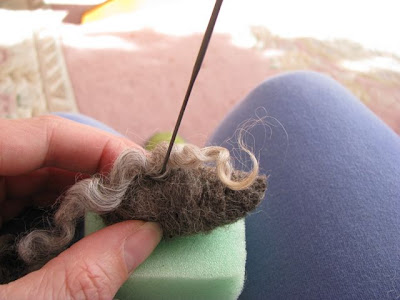 Eventually, the whole body was covered. 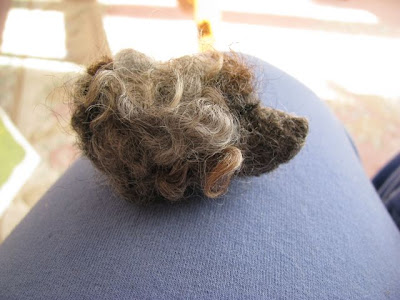 Then, I used a little tiny ball of black wool that I had made from long fibers that I rolled between my fingers. That became the nose, and then similar tiny balls for the eyes. 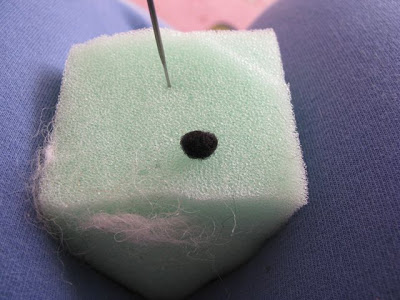 And that's it! Easy squeezy! The hedgehog was done, and now he's sitting on the tree. 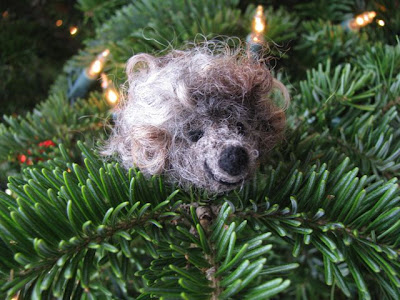 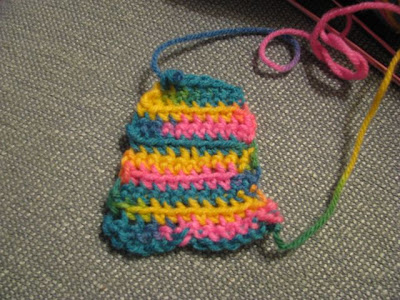 And Lola, I would be delighted to trade a sheep for a hen! Let's do it! What color sheep would you like? Do you want a brown one? Or I could do white or grey or even black!
Posted by Claire MW at 12:58 PM

I like the detail of the photos. It really gives you an idea of what it's all about.

Merry Christmas to you and yours!

Claire, thank you, felting is so unique, and you've made some darling critters. I wondered if you got or will get roving from your sheep or goats?

Yes, I do plan to shear the sheep and llamas, after which I can gently wash and process the wool to make roving. Some people dye the roving as well, to make the colours. I might give it a try!

Awww your hedgehog is adorable. I had no idea needle felting was so simple to do.

You've taught me something! I had never heard of this art - at first I thought you were talking about flat felt pieces, like the felt board used in a little 2-room school when I was a kid.

I'm glad you've had a wonderful Christmas - Diane and D are right now on their way here from their warm Christmas in Savannah, and will be with me for a little while today before driving on. I really enjoy your blog!

Hi Diane - thanks for visiting! I do hope they have a safe trip to see you, and then a safe trip home. It's been a wonderful Christmas but all good things must come to an end, and we hit the road for Iowa tomorrow.

OMG. i LOVE the hedgehog. LOVE IT!

You are getting SO good at all these new skills so FAST! Look at that scarf! It took me a long time to get a scarf to look that good and uniform! Now that i can see the shrinking crochet piece, i can see that counting each stitch in a row as you work it would help as it looks like when you get to the end of a row,you may have turned to start the next row before finishing the last stitch in the previous row...Does that make sense??? Love that hedgehog....